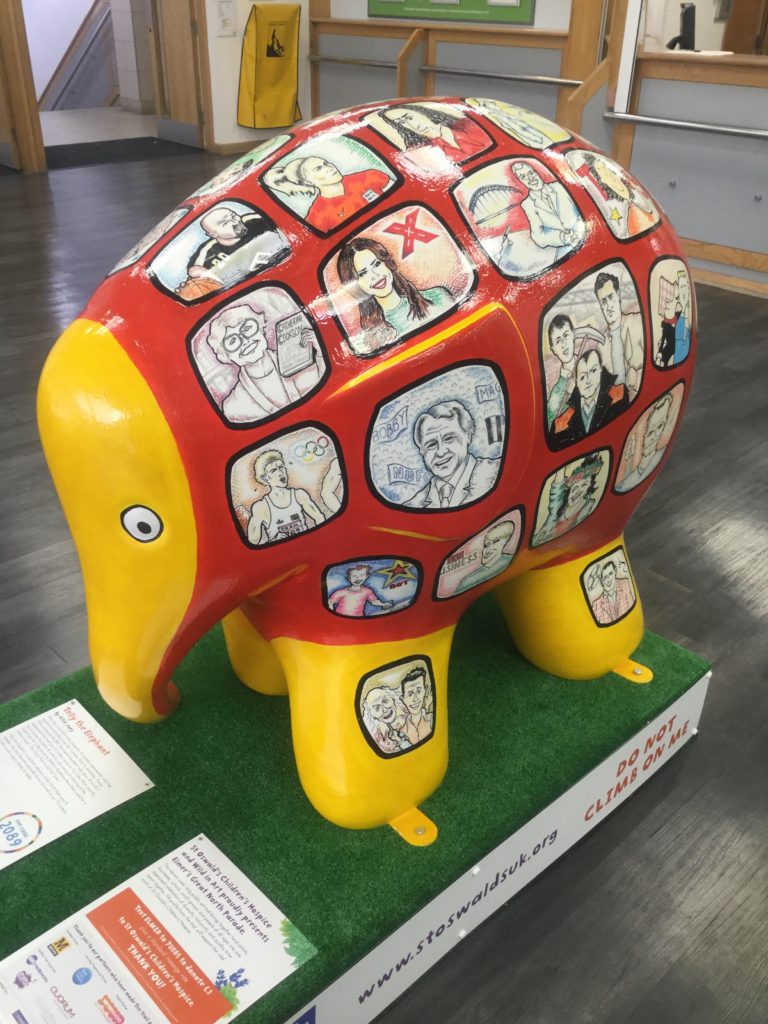 For 11 weeks, 50 big and 114 little individually painted elephant sculptures took over North East England streets, parks and public buildings in the biggest and brightest art trail ever seen in the region.

Alfie was commissioned to paint one of them.

He came up with the idea of Telly the Elephant, a collection of notable North East personalities, some of whom posed with Telly. The elephants were auctioned and raised over £180,000 for
St. Oswald’s Hospice.

The Elephant trail was inspired by Elmer the Patchwork Elephant, created by children’s author, David McKee (Mr. Benn, King Rollo, Not Now Bernard). Alfie interviewed David on his radio show during the event.